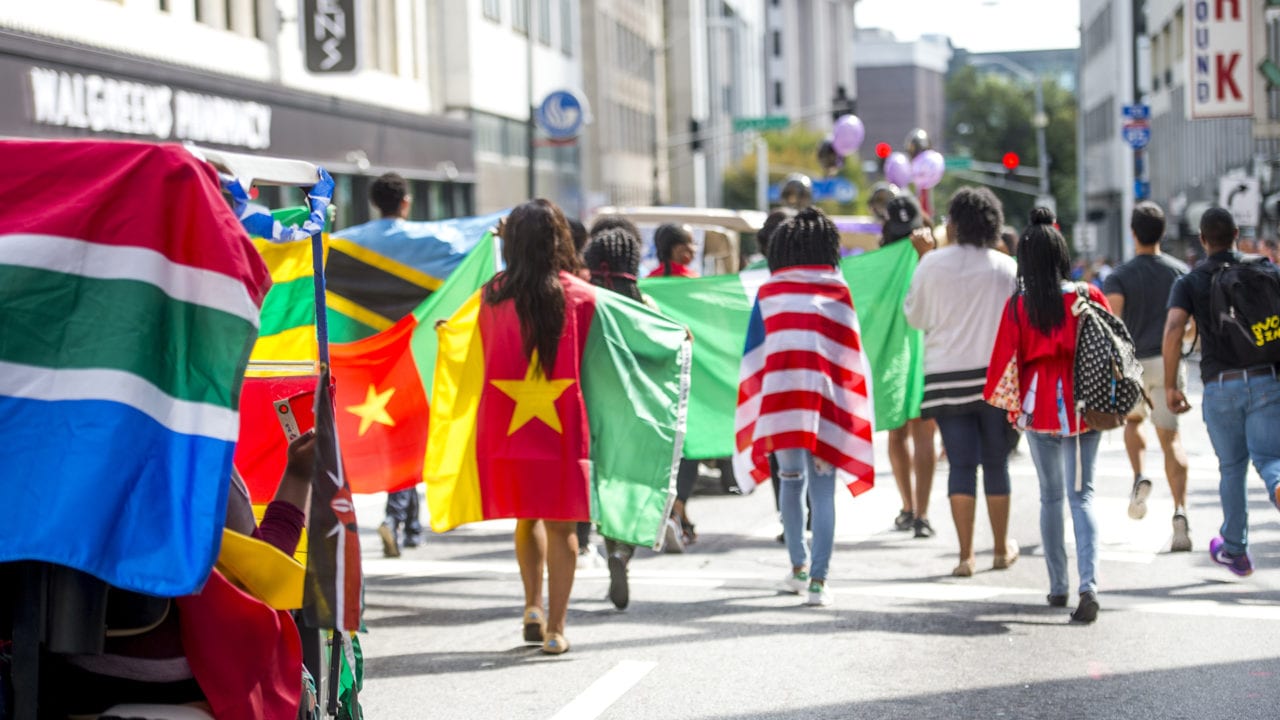 Starting Nov. 18, Georgia State celebrates its 20th International Education Week, kickstarting an entire week’s worth of events dedicated to cultural understanding, learning and experience. While there will be all kinds of events all over campus, the dining halls will feature cuisines from around the world.

At Piedmont Central, Chef Tom is busy preparing a fantastic menu for the week. Monday will focus on foods from America’s southern neighbor, Mexico. Chef Tom promises a startling array of tacos, including carnitas, mojo pork, carne asada and al pastor. Tuesday will be devoted to Chinese street food and hot pot, wherein customers may cook their own vegetables and meats in bowls of sizzling broth at their table. Wednesday will be for India and will feature curries, tiki masala, naan bread and fruit chutney. Thursday will feature Jamaican cuisine: jerk chicken, braised oxtail, spicy beef patties and more.

Piedmont North will put on their “Passport to Paris” event on Wednesday, Nov. 20. There will be music, specialty desserts and a photo station for selfies. The menu will include such greats as beef bourguignon, steak diane and haricot verts, which from my years of high school Spanish, I know to mean something that is green.

Of course, French cuisine has a long and storied history. But since I don’t know much about French cuisine, and I’ve reached the end of my knowledge of PantherDining events for this week, I figured I’d just tell you about my brother’s wedding. My brother got married recently to a girl from Spain. We had a big Spanish wedding at a farm outside of Madrid with all kinds of traditional Spanish fare including Spanish black boar ham and paella. Oh, the paella. Marvelous. Served with a special type of rice grown in Spain, paella features several types of fish, along with ham and chicken all mixed in with vegetables in a spicy sauce. It is a delight.

Smoked ham was sliced in thin strips and handed out before the main meal, all to the accompaniment of a string quartet. Spanish ham, or “jamón,” as it’s called, is a traditional Spanish dish akin to Italian prosciutto or American bacon. Though while bacon is served piping hot, Spanish ham is often room temperature. It’s a cured, dried meat like a luxury form of jerky. It’s salty, sweet and chewy with an oily texture. Maybe I’m not selling this well.

For dinner, we had a thick cut of filet mignon with a brown gravy, along with steamed vegetables. Between dessert and dinner, we had a frozen sorbet, as is custom at a Spanish wedding, as a palate cleanser. Dessert was chocolate truffle with ice cream, along with some apple custard or something like that. I didn’t have any.

Spanish weddings are big, pompous affairs with plenty of pageantry befitting an event of this nature. The mother of the groom and the father of the bride each play a major role during the wedding ceremony, though the American tradition of father/daughter dance and mother/son dance is not as well known. Likewise, the clinking of glasses to get the newlyweds to kiss is an American thing and confused some of my sister-in-law’s relatives when my New York relatives tried it. Most Spanish weddings have their receptions at farms, like we did. It’s as expensive and extravagant as it sounds and quite expected in their tradition. Usually, the bride and groom along with their guests go to a nightclub after the reception to continue the night of dancing and drinking, a feat my brother accomplished despite being low on sleep.

Between Spanish weddings and nights in Paris, fall semester has been a nonstop smorgasbord of cultural experience. We’re over halfway through folks, and Thanksgiving and the winter holidays are still ahead. Hold on to your seats! The best is yet to come!