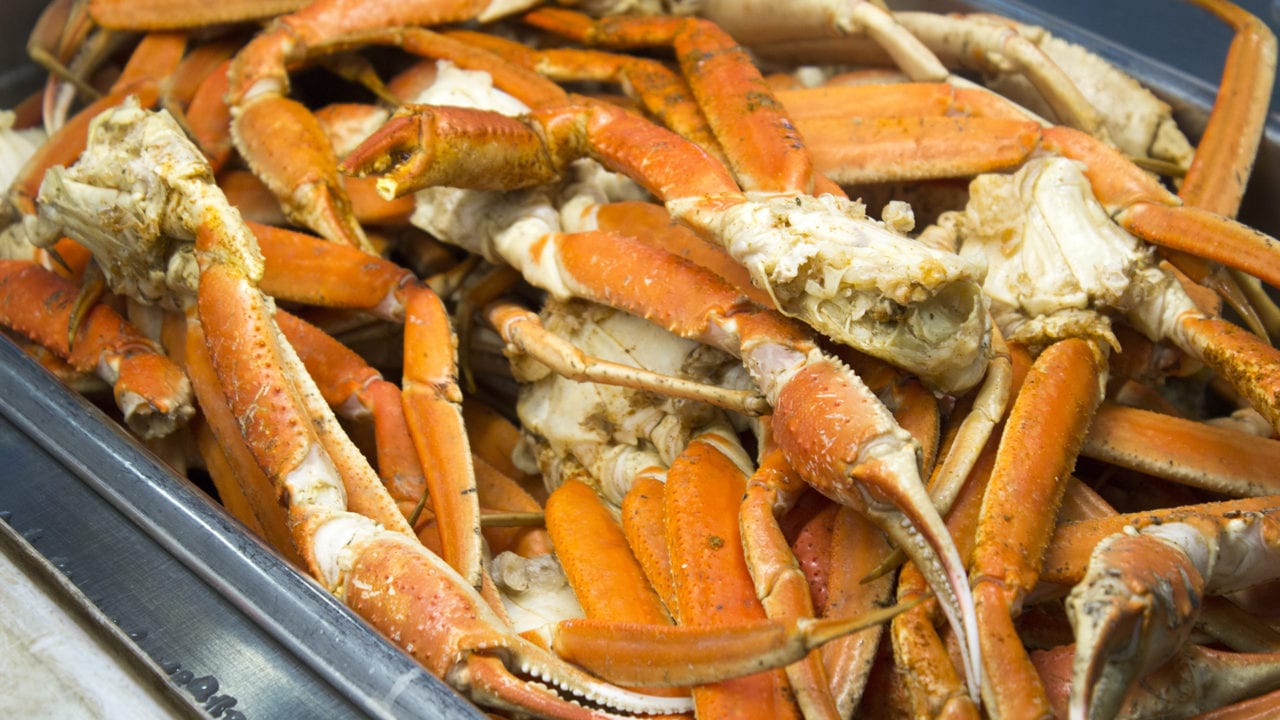 Mermaids and sea serpents. Dragons and gods. And of course, Crab People. There are any number of strange and wonderful supernatural creatures haunting the world’s waters. From Lake Champlain to the Sea of Japan, cultures the world over have their stories about what may lurk beneath the surface. Much has been written already about the world’s maritime myths and legends, but one area of study has mysteriously been left out — What do these mythical creatures taste like?

Follow me on a journey around the world and meet five legendary creatures. We’ll determine their basic biology and taxonomy in order to determine how tasty they may be and whether they’d be better served fried, baked or roasted. I’ll be leaving out mermaids, nagas and most freshwater supernatural creatures, since they tend to be humanoid and bring up too many associations with cannibalism. Thankfully, kraken is still on the menu.

Squid and octopus have long been staples of Greek, Japanese and Italian cuisine. The Kraken is a monster of the Nordic seas said to resemble a giant squid, capable of dragging entire ships to a watery grave. Imagine grilling a slice of tentacle the size of a giant rubber tire, and you’ll have some idea of the delicacy we’re dealing with. While I’m not sure if Kraken ink is edible, I’m sure the tentacles will be more than enough to satisfy even the most persnickety seafood aficionado. Squid can be served roasted or fried.

The Gbahali is a crocodilian monstrosity said to haunt the rivers of Liberia. Apparently, some can grow up to 30 feet in length. Now, I’ve never had crocodile, but I’ve had fried alligator. As such, I’d expect Gbahali’s meat to be similar and would probably be best fried. You may be surprised to find that alligator meat tastes like chicken or pork when fried, and as it is considered a fish by the national council of bishops, can be safely consumed on Fridays by devout Roman Catholics.

The ancient Chinese revered dragons as symbols and bringers of luck and prosperity. You’d probably make many folks angry if you managed to slay and consume a Chinese river dragon, but most would probably just be curious how you managed to bring such a divine creature down. In any case, I’d assume its physiology to be similar to a serpent’s. With antlers like a deer, there could be a taste of venison as well. I’d recommend roasting the dragon and serving with peppers and onions.

The Eel-Pig is practically made for this post. For those not in the know, this strange creature is part eel, part hog and probably tastes like a combination of pork and eel. I’ve had eel on sushi, and I can affirm its tastiness. The Eel-Pig is the very definition of “surf ‘n’ turf.” Found in the manmade Herrington Lake, in Kentucky, this monster is said to be incredibly fast. Though it is a little strange how a creature like this wound up in a manmade lake. You could serve Eel-Pig any number of ways. You could cut it in half and serve the eel part as sushi, the pig part as roast pork on a bed of rice. Delicious! Or fry the whole thing and place it on a hoagie with some hot sauce for a sandwich to delight.

Taste like crab. Walk like people. These critters were first introduced to the world via everyone’s favorite animated comedy, South Park, though humanoid fish monsters have long been a staple of horror and science fiction. I know I said no humanoid sea monsters, but I guess I lied. These tasty people were also featured as making up one of the seven kingdoms of the oceans in Warner Bros.’ Aquaman. While their exact physiology is a mystery, their similarity to crustaceans means they’d probably work well boiled, baked or fried. No word on whether they come in soft shell varieties, but I’m sure Crab People are delicious with drawn butter and broccoli.

While I can’t promise any dragon or Crab People, Piedmont Central’s annual low-country boil is sure to delight with its plethora of treasures from the deep. The event will feature crab, jambalaya, whole crawfish, shrimp and more. No word yet on whether sea serpent or squid will be served. You can expect colorful decorations and high-quality food, as always. I’m personally looking forward to the crab legs and crawfish etouffee.