Donnell Smith joined PantherDining during the fall of 2011. Born in Lima, Ohio, he started his professional career with the United States Army as an ammunition specialist. After three years in the Army, Donnell recognized his true calling in food service, left the Army for the Navy, and began to serve as a mess management specialist, focusing on food and barrack operations. He retired from the Navy in 2002 and moved to Atlanta, where he began working as a food service manager at Phillips State Prison. Before joining PantherDining, Donnell worked as a baker at Piedmont Hospital. 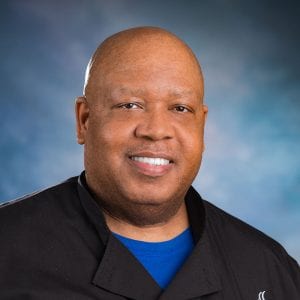